Board Games for Date Night

Most of the games on our website are great for couples to play when having an at home date night, since they all work well with two players!

For this reason, our Date Night category has a specific slant to it. With Mr and Mrs Cosmo’s help, we have chosen ten games that will allow you to have light-hearted fun and enjoy each other’s company, without getting bogged down by pages and pages of rules, or taking hours to finish a game! Some of the games also have fun themes or are deliciously quirky (yes we are looking at you Cat Lady!).

This is also a good place to start if your gaming partner is not as into games as you are, because our Date Night category is at the opposite end of the scale to our Serious Gamers category! 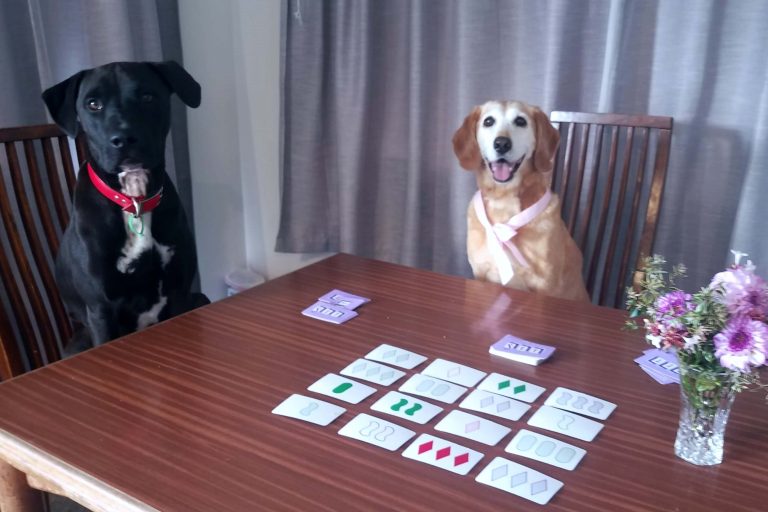 Santorini is a beautiful looking game, inspired by the cliff-side architecture on the Greek Island of Santorini. Players race to be the first to build and stand on top of a three story high building. Once you have mastered the basic game, you can add in “God Powers” which give you special abilities and add a variety of tactics.

This game is very easy to understand, and yet involves a lot of strategy. It has huge replay value, and is good value for money. If you can’t afford to take your date to Santorini to romance them with the beautiful sunsets, this is the next best thing!

In Lost Cities players embark on archaeological expeditions to one of five different ruined cities and score points by playing cards. But be careful not to start any expeditions that you don’t follow through on as this will incur penalty points. Discarding the wrong cards can help your opponent, so you need to keep an eye on what they are going for.

This is commonly considered to be a good “couples” game and is often recommended for people with partners that are not so heavily into gaming.

This game is great fun for date night, but would also make a good party game – it is a somewhat similar to air hockey and foosball, but more compact so able to be stored away.

The Fox in the Forest is a bit of a rarity as far as trick taking games go, in that it is designed specifically for two players – sort of like a two player version of 500.

The interesting thing about this game is the scoring system. There are a total of 13 tricks available to win in each round, and you are scored based on how many tricks you win. If you win 0-3 tricks you are “humble” and get 6 points. 4-6 tricks gets you 1-3 points respectively. 7-9 tricks means you are “victorious” and get 6 points. But if you win 10-13 tricks, you are “greedy” and get zero points. This makes for a very interesting game where you and your opponent might for example both start out trying to win, then you both start trying to lose instead, then one of you starts trying to win again. Your goals change throughout the game, and there are also cards with special powers to make things even more interesting.

For a very compact and affordable card game, this one packs a punch, and is designed specifically for two people.

Rhino Hero (also known as Super Rhino) is a card stacking/dexterity game. ‘Super Rhino” is a (rather heavy) super hero who is impatient to scale the outside of your building – so he starts climbing while you are still in the process of building it…

The wall cards fold in half, and you take turns adding walls as specified on the flooring cards to make a tall card “building”. Certain cards bring additional challenges, including moving Super Rhino to a higher level in the tower. The aim is to use all of your flooring cards before your opponent, while being careful not to knock down the building.

This game is affordable, fun to play, and quick enough that you can play a few rounds in a row, to check if it was really “just the wind” that knocked over the tower, or whether one of you is a more skilled builder!

(Note: Rhino Hero – Super Battle is a fun relative of this game with a wider tower base, monkeys hanging off the building, and more! But that game is not quite as good for two players. Still worth mentioning here though)

Cat Lady is as fun as it is ridiculous! Players are cat ladies, and collect all the necessities that a cat lady requires – toys, food, catnip, cute costumes, and most importantly more cats! But make sure you have enough food for all of your feline friends, or you cats will get hungry and you will lose points. The player with the most victory points wins the game.

This game has such a fun, quirky theme. It has a good mix of luck and strategy for when you aren’t in the mood to overthink things and just want to enjoy yourself.

P.S. Mr Cosmo here – dunno why my hooman recommenz this game, as catz is evil and they is only good for chasing.

Flick ‘Em Up is quite a different sort of game to the others on this list. Using scenarios in the rule book, or making up your own, set up the wild west themed buildings and other obstacles on a table. Choose who will play for the outlaws and who will play for the sheriff and his deputies. Take turns moving your pieces by flicking the movement tokens around the table and shooting at the opponents pieces by flicking the bullet tokens. There are a lot of interesting scenarios, involving throwing dynamite, hanging people, shoot offs, using different weapons, etc.

This game has a cool theme, and although it is a dexterity game, there is a surprising amount of strategy involved. Great for date night, but also good for kids or for adult parties.

In Tumblin’ Dice players roll or slide dice down a stepped game board. Each die scores the value shown on the die multiplied by the step it is on. The further down the board your die ends up the higher your score will be, but if your die falls off the board then you don’t score anything. Any high scoring dice will become popular targets for your opponent to try and knock off. The winner is the player with the highest score after 4 rounds.

This is a straightforward game, great for non-gamers. There is some luck involved as well as skill, so it is good to play with a partner who is not quite as coordinated as you… It is also great to have on hand for parties, in the same vein as games like Crokinole and Klask.

Dr Eureka is a simple game where you race your opponent to get the right combination of molecules (colored balls) in each of your test tubes, without touching the molecules with your bare hands. There are lots of different molecule “recipes” for you to “mix up” in your test tubes.

This is a speed game, so a different sort of specimen to the rest of the games in this list. Fun for a fast and furious competition of wits and dexterity.

Hamsterrolle is a simple game where players aim to get rid of their seven wooden pieces by placing them one at a time on a giant hamster wheel. Any pieces that fall off when the wheel rolls are taken by the player that placed the last piece as a penalty. The winner is the player who gets rid of all their pieces first.

This game has a very simple concept, is fun to play, and great for all ages.

P.S. Mr Cosmo here again – This game would be #1 if there was hamsterz in the wheel instead of blockz cos hamsterz is fun to chase. But is still fun wif blockz. 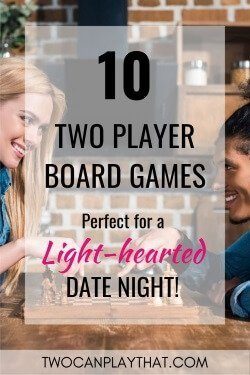 Let us know what you think of our list in the comments below. Are there any other great two player games that you would add to this list?